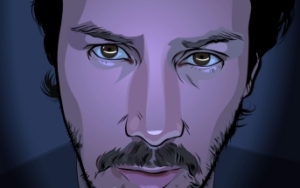 How long does it take to edit this bloody thing? Our main edit has been completed for just under a year now. In order to fully realise our vision, we wanted to add some animated transitions between the scenes to add a bit more originality to the episode. The preferred method being rotoscoping, check out the Keanu Reeves and Robert Downey Jr film ‘A Scanner Darkly’ for an example http://www.youtube.com/watch?v=4E9zMVocnys.
Rotoscoping on a budget is a right pain in the **** in that it takes a lot of manual effort to produce just one frame (there are 24 frames in a second of video). So for a five second transition, you need 115 frames and if it takes half an hour per frame, it would take roughly two whole days of work to produce 5 seconds of footage.
It took us a whopping 6 months to find someone who was interested in working that hard on a lo/no pay basis and the reason why they came on board is that they thought the PFZ story is one worth telling.

You can see our animator’s blog here: http://denisantanasblog.blogspot.co.uk/2013/12/last-project-of-year.html

The talented Deni Santana has spent the majority of December working on our transitions, half of them are done and she is currently working on the other half. Thank to Deni’s dedication and creative flair, we have also asked her to be involved in creating the Title Sequence once the transitions are done. Deni is juggling our work among other paid work, check out her blog for more on her current projects.
To be frank, it sucks to have a great piece like PFZ in hand and not be able to share it with the world ASAP, sucks to have to spend so much time on post production, it is downright depressing when i think that we finished shooting this in 2012 and its still not out in 2014. But it will be done, we won’t give up.
I would like to thank everyone who has worked on this and is currently working on this on top of their full time job and family responsibilities, your help is really appreciated.
PFZ will be worth the wait.
Your’s,
Zaeem 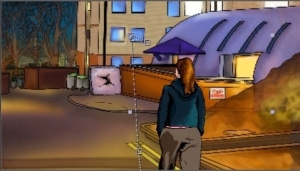